Legion was a 35 person Unreal 3 mod created between January 2008 and March 2008 It was voted best game wizards project by a panel of industry judges.

As Project and Technical Lead I was in charge of managing the Art, Level and Concept teams while teaching the artists and researching new technologies to help ensure that all our goals could be met.

One previously unexplored technology for us at the time was the creation of Material Instance Constants. This bore fruit close to the end of the project and allowed for the creation of base materials that helped optimize our asset import pipeline. The instanced materials were not widely used because assets not stored in the same package as the base material gained a dependency during loading which slowed map editing 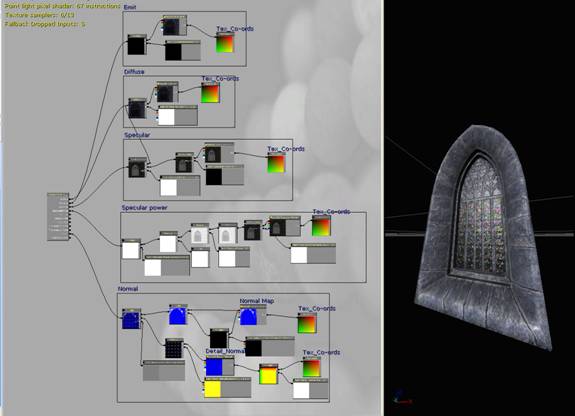 The parameters deemed to be important for most assets were controls for specular intensity and contrast to reduce the number of assets that needed to be sent back to artists for repainting. A control for asset tint allowed for fast changes by the level designer to help integrate the assets into unique lighting situations. 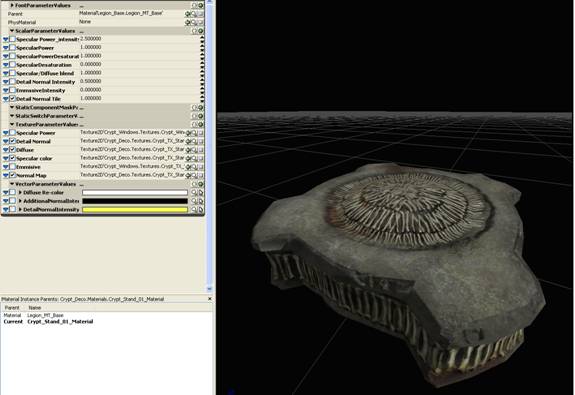 One of our characters, the necromancer, had a pulsing tattoo. 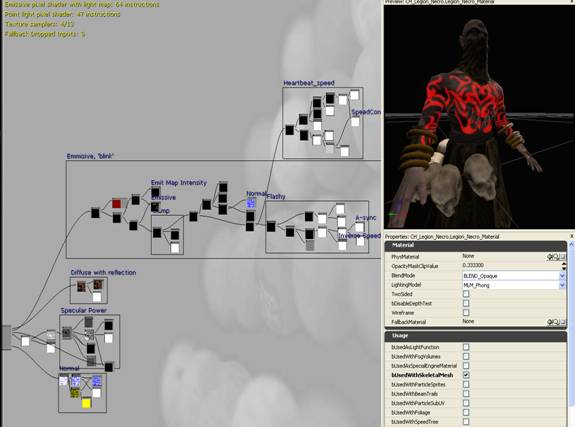 To help enhance the effect of the glowing tattoo I created a pulse that flowed over the characters contours in relation to facing direction. 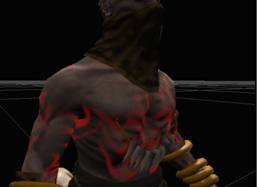 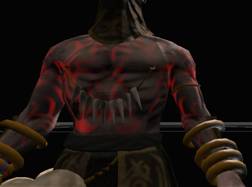 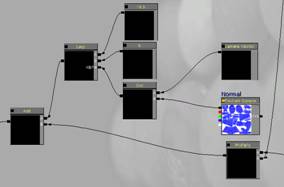 Below is a demonstration of the technique with a white specular map applied to demonstrate the difference in gloss in images 1 and 2 and the proper specular in image 3. 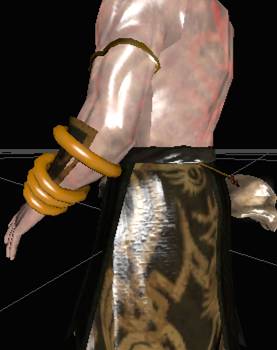 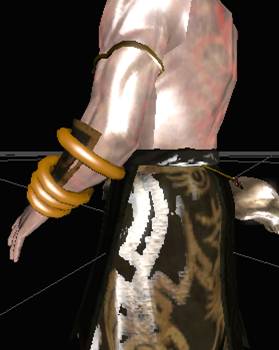 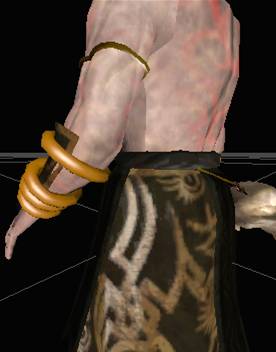 General particle effects called for two variants of fire, one for the lava rooms and another for the ritual chambers. Initially the fire had smoke and distort effects on them ;but these proved visually noisy and were removed as the project progressed. 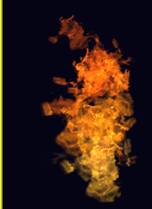 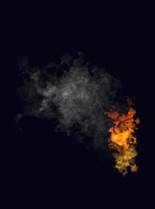 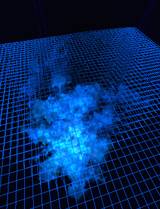 Two single use effects were a lava steam and light motes. The lava stream was used as a puzzle effect to tip off the player that a wave of lava would come barreling out of a wall to chase them. The light motes were used in the main room to add a sense of atmosphere. 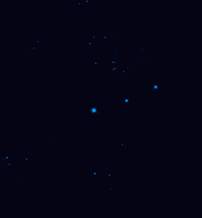