Boilerplate was a 39 person Unreal 3 mod Created between March and October 2008 and received an honorary mention in the Make Something Unreal Contest in Phase 2 and 4. As Project and Level Lead I was in charge of designing the map and managing the art leads and vehicle leads Boilerplate started off with an asset pipeline designed around using an instancable material, and a variety of normal mapping tools including xNormal, Crazybump and zBrush.

Initially the mod was slated to have a look similar to Team Fortress 2. This allowed exploration of Unreal MLM_Custom lighting mode for more accurate control over the lighting model.

The first pass of the material came from a tutorial on ModDB, the results were too visually loud because the rim light brought too much attention to each asset, and this was excellent for characters but did not allow the environment to have mixed focus. 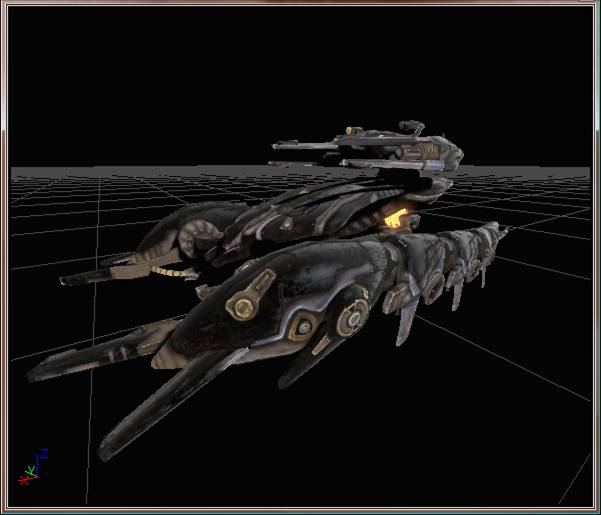 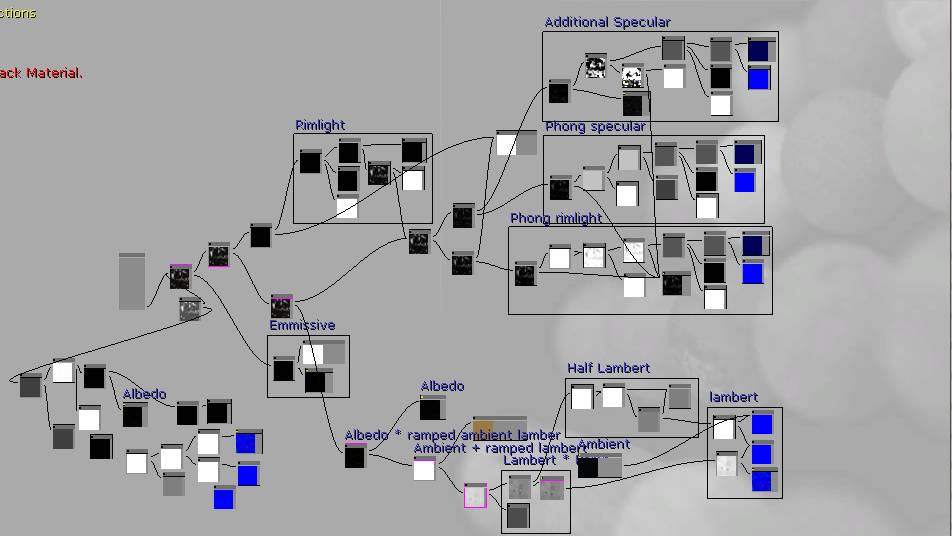 During the next iteration of the material a method was added to allow creation of a gloss map from a specular map along. A reflection pass was added using the half normal to increase the scale of the cube map.

As the TF2 material reached maturity a decision to push more a more realistic look was reached and the material was dropped. Some features of the material included 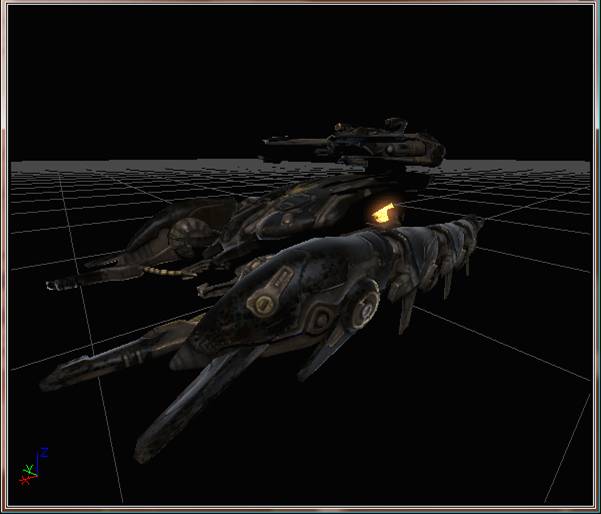 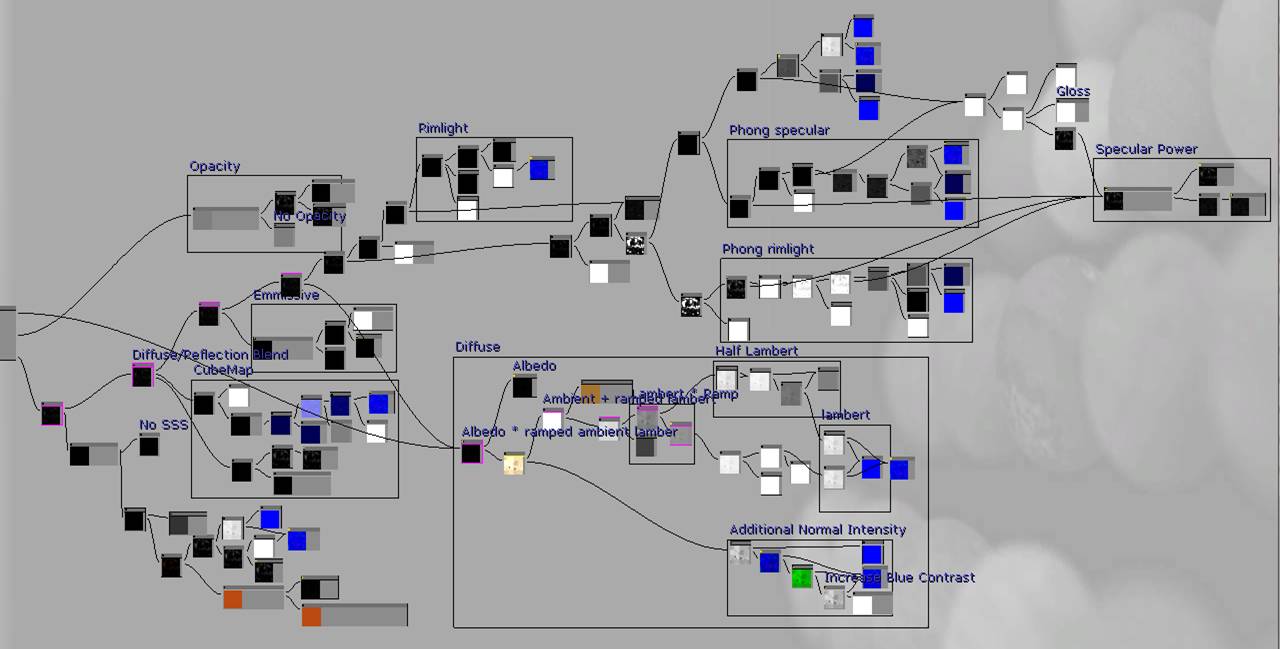 The final instance-able material used the controls that were found in the TF2 material and the MLM_Phong lighting mode to lower the material instruction count and allow per asset tweaks as necessary. The final material included 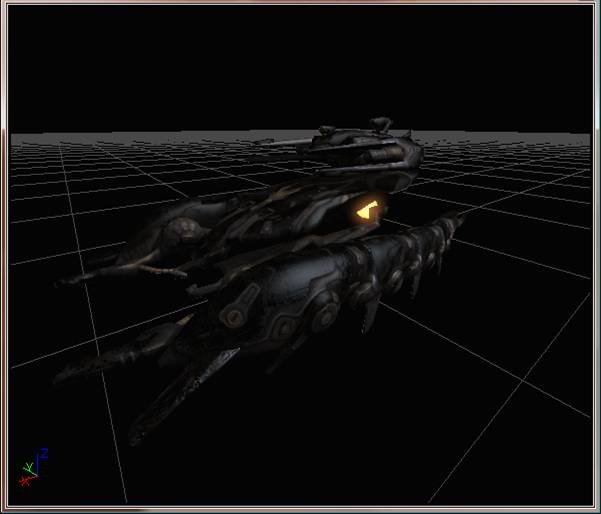 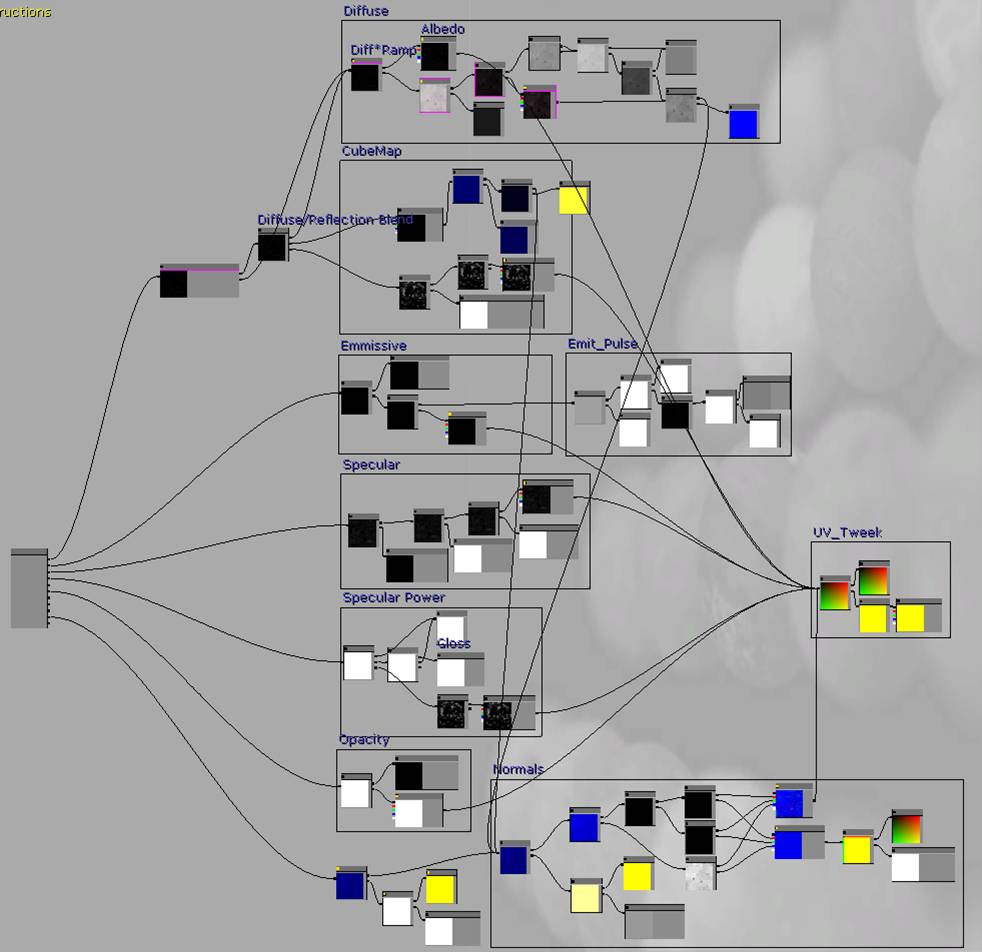 During the project I contributed an asset to the environment to help add a visual flair to the environment. In an attempt to push the concept of a steam punk clock I envisioned a clock where the dials would rotate rather than the hands. 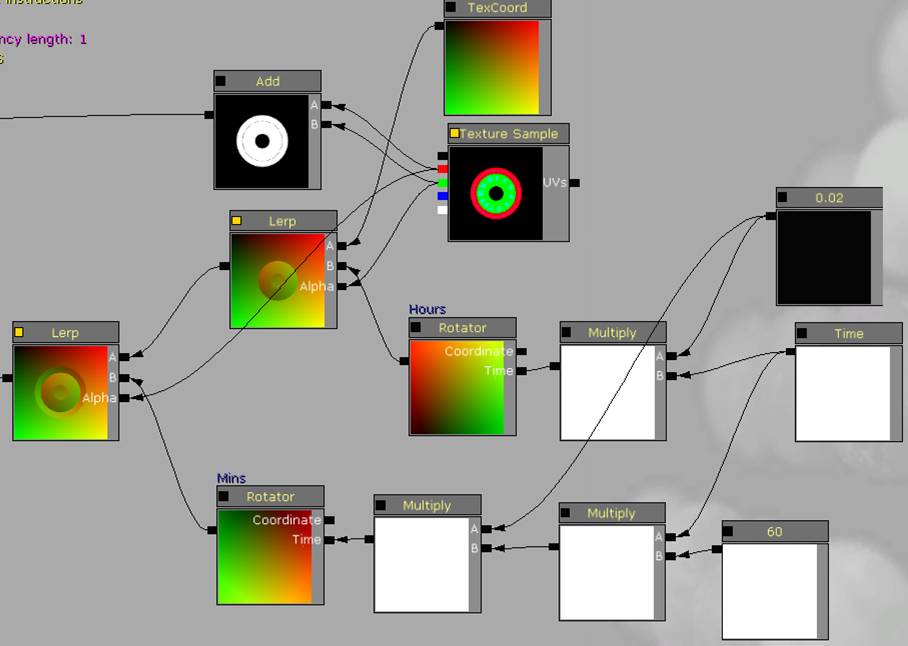 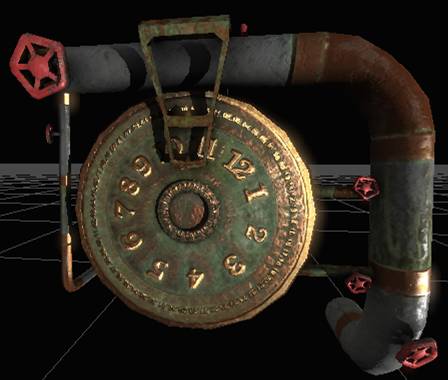 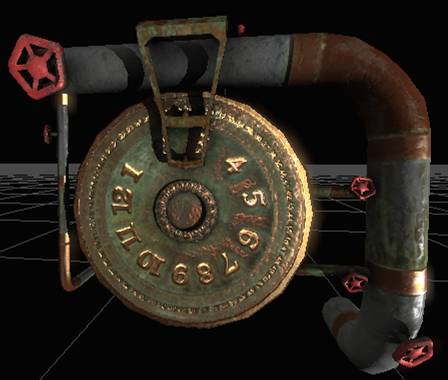 Because the clock face rotated mixing the ambient occlusion pass over the maps in Photoshop would have created an undesirable effect so it was baked to the lightmap channel and mixed in the editor. To bring the specular highlights out the inverse averaged specular map was used to modulate the diffuse intensity.

With AO (exaggerated for effect): 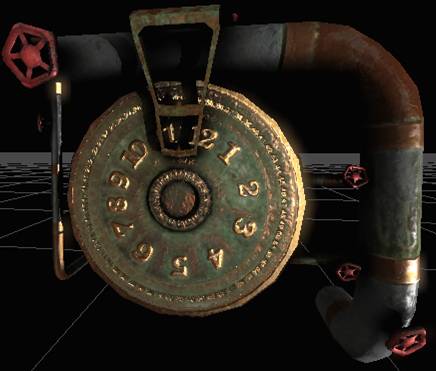 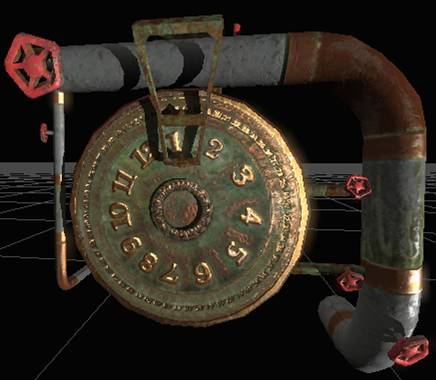 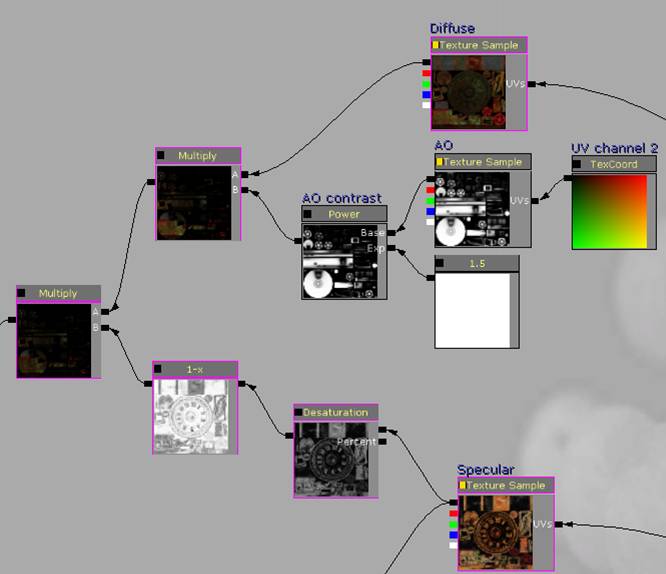 Lighting Boilerplate was a technical challenge. The map had close to 20,000 objects each requiring a lightmap; to bake the lighting assets were split into separate levels for each building. Levels could be baked in sets or split across multiple machines to speed the process.

I preformed lighting cleanup which included; 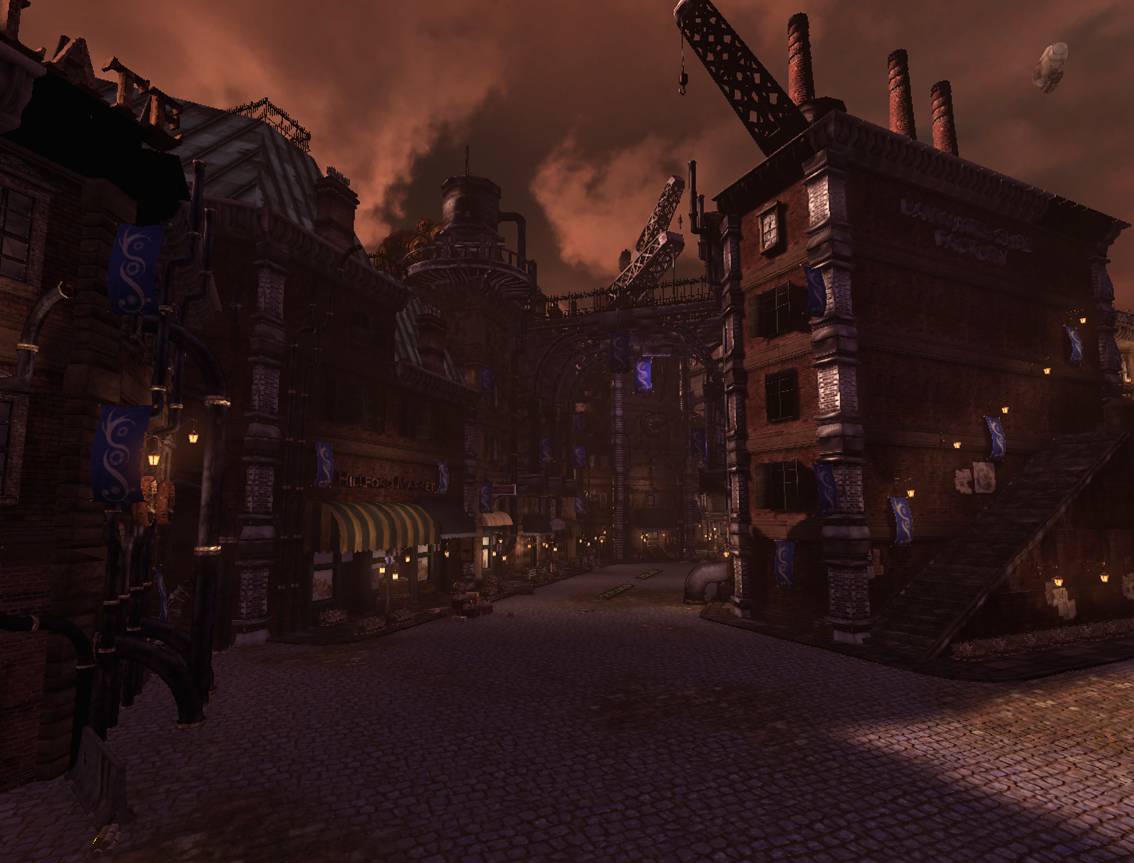 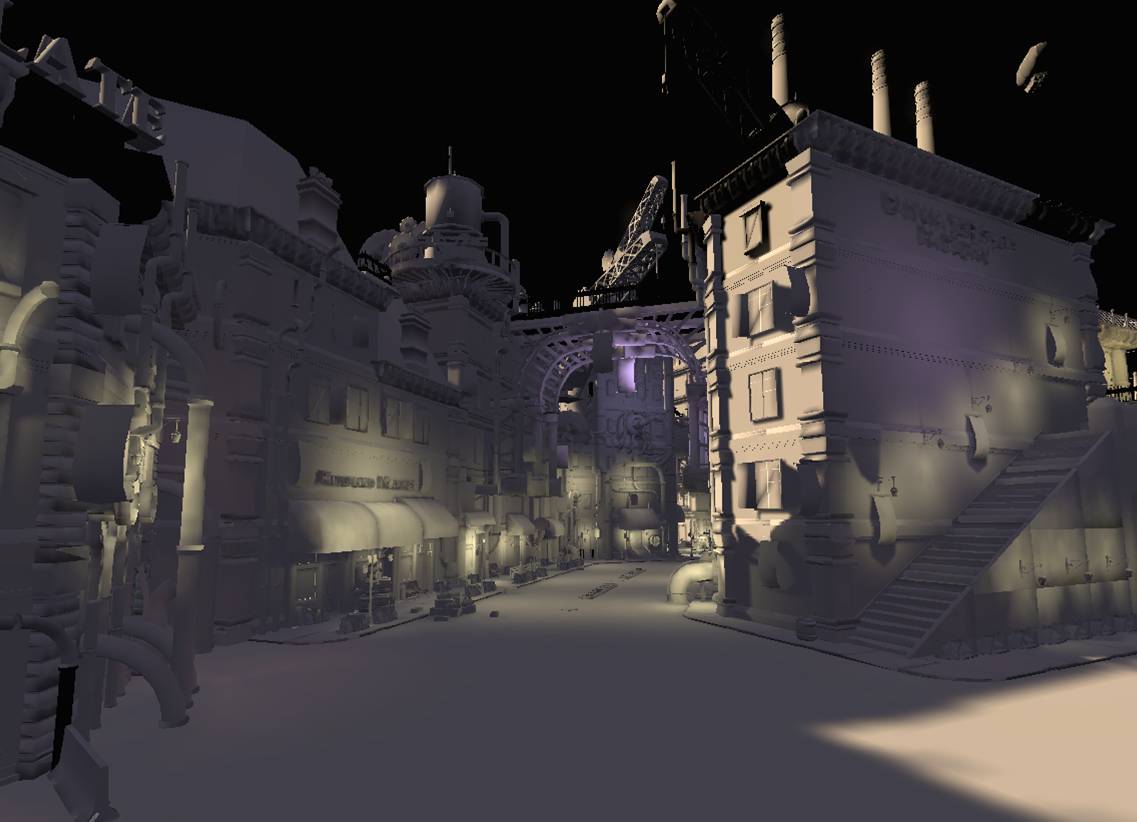 In the final map dditional attention into fleshing out the flag room design working closely with the concept artist to visualize the d꤯r and lighting. 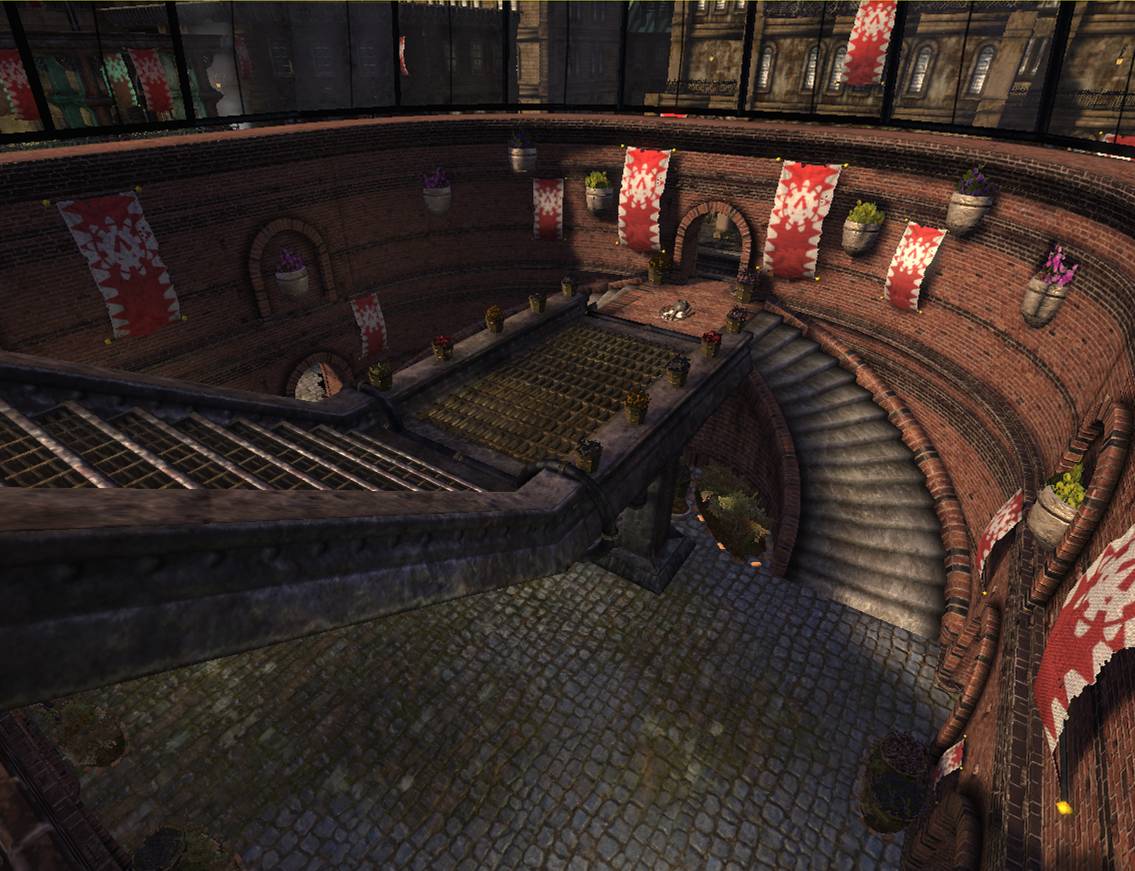 When building a cityscape ensuring that the macro and micro levels of detail held up is a massive challenge. With a final polygon count of 6.6 million polygons Boilerplate took advantage of instanced geometry rendering in Unreal 3 to push as much detail as possible at all times. 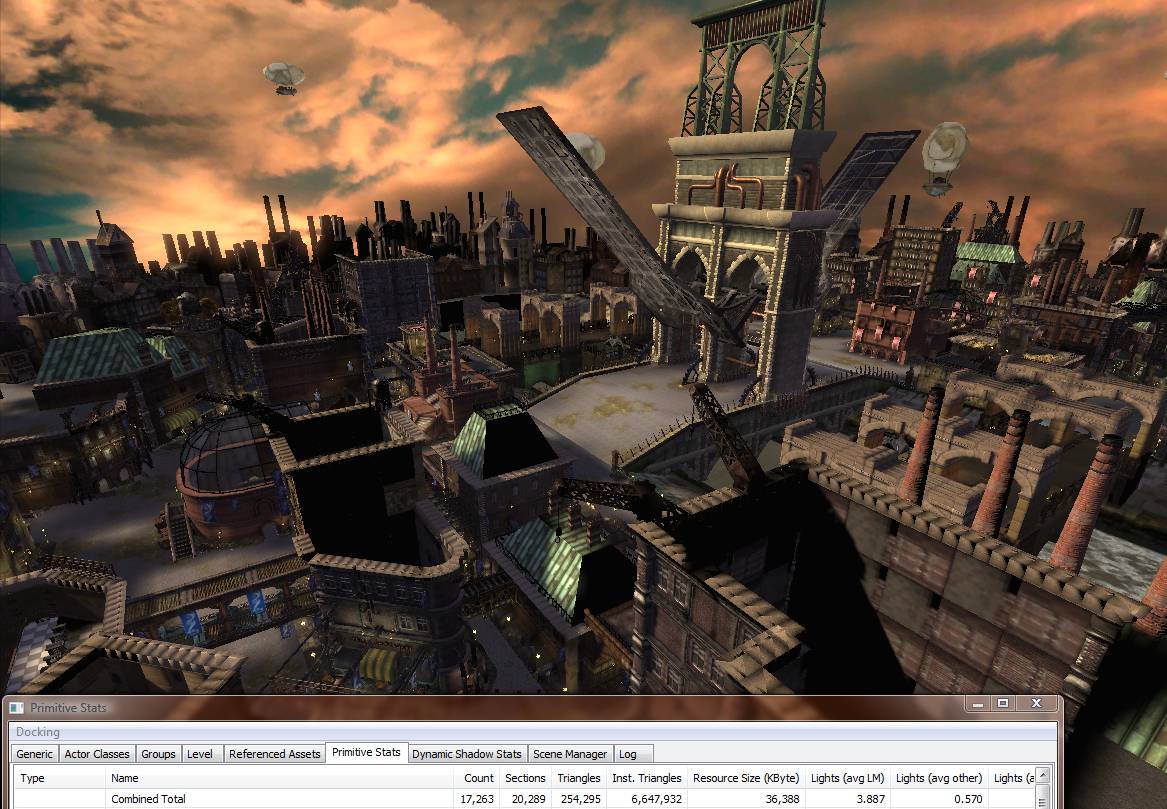 Each asset was assigned with specifications on how many unreal units it would occupy. With every asset snapped to the grid, the Level Artist was able to build elaborate constructs and add details beyond those envisioned in the concepts 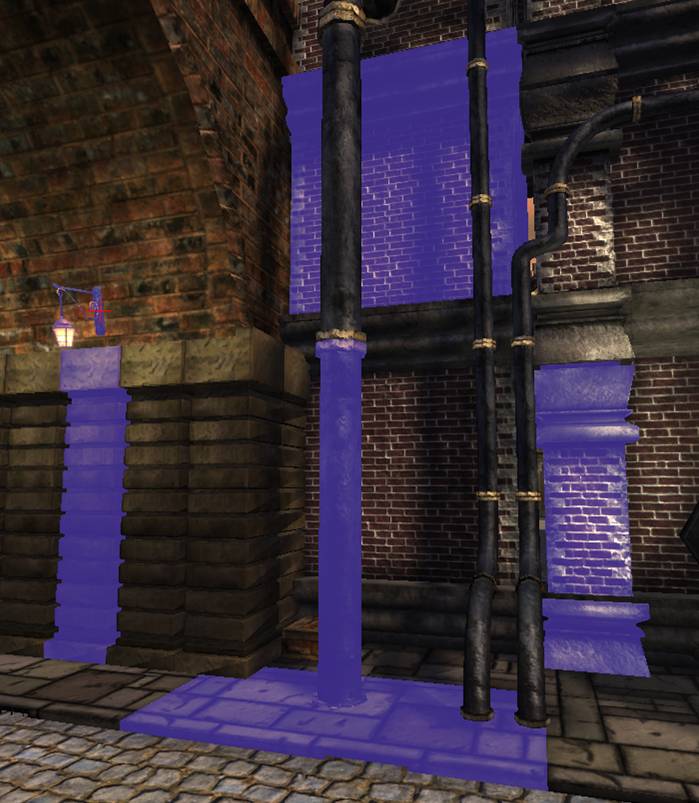 Initially to facilitate the rapid iteration process level art was a team effort, using BSP and art packed into prefabs.

One idea that came up was to have buildings move to open a new patch through the cityscape (green). This Design was an idea prototype to see if we could trigger an event of that scale without slowing the game down. The new path moved one of the buildings to the side allowing tank to tank combat at the cost of some of the more tightly wound foot paths. The buildings were constructed from prefabs created in sets for each floor designed by the level artists. 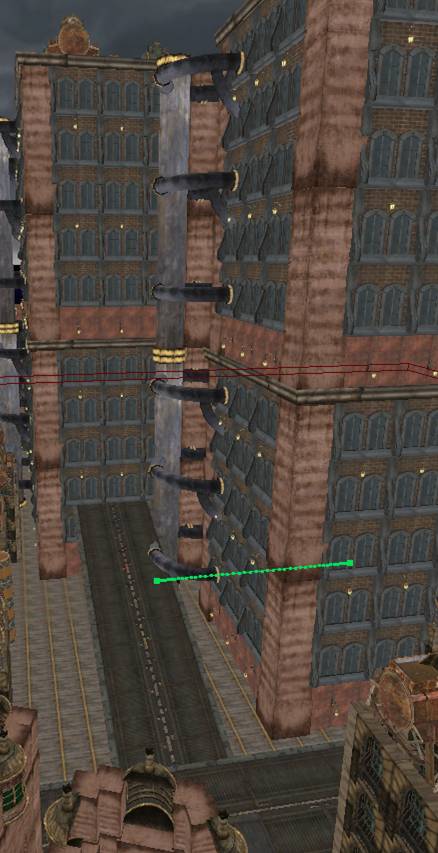 An interesting map prototype design used solely BSP blocks. It was an attempt to approximate the paths and zones of the map. It had a dual event that changed the line of sight across the map and opened a side path for the faster vehicles. This was visually illustrated by a set of collapsing buildings, and giant collapsing gears 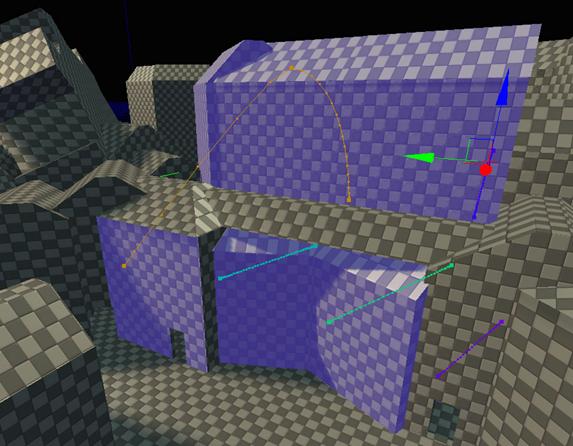 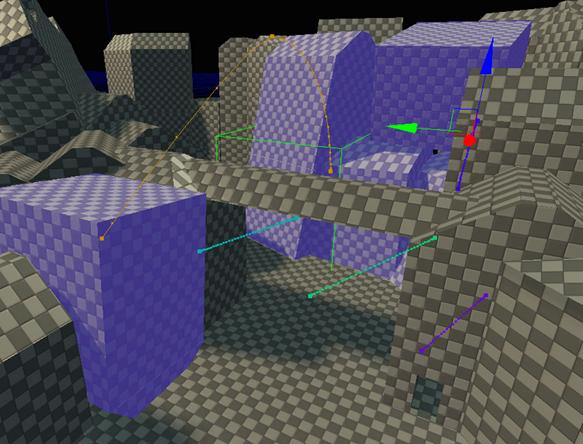